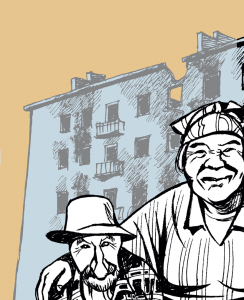 In 2008, Russia went to war with Georgia and annexed South Ossetia. A year later, Chappatte visited the small secessionist territory, with the help of the International Red Cross. A story to rediscover, in the context of the war in Ukraine.

Published in Le Temps on August 8, 2009. Supported by the International Committee of the Red Cross

> Death In The Field, a short animated documentary about cluster munitions (2011)
> The Making Of (ICRC)